Indian people are playing, says Dhruva’s Rajesh Rao, but the road to payment might be long, and unforgiving for the country’s indie developers
Even the most cursory analysis of the Indian games business reveals the vast gulf between potential and reality.

India’s promise can be encapsulated, swiftly and powerfully, by a single, very large number: 1.25 billion, the country’s population. The problems that stand in the way of even half that number becoming a smartphone owning, in-app purchasing target audience for game developers are complex and interconnected, demanding a variety of solutions that will play out over very different timescales. 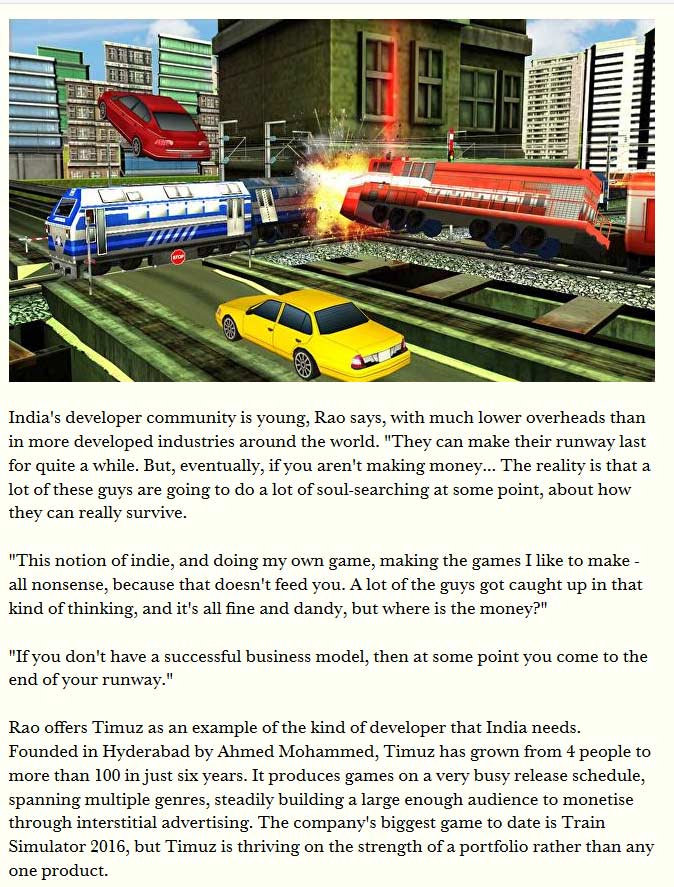