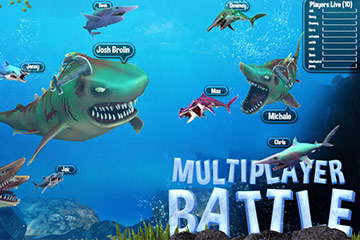 Just like the original mode, players can feel the same attention in the game with the sharks exploring underwater.
Legendary Sharks had been released after brand-new trailer starts off with the beta version uploaded and got enough with crazy wild sharks. its mostly like a real shark underwater hunts for its food. We have added up a great feature MULTIPLAYER creating many views to join and play together. We have cracking world puzzles underwater.
The game contains amazing thrilling adventure with unique sharks hunting for its food and eating coins as a booster for its survival.
Check out the game with much more erratic features updated. Player rules IN-App can be detailed in the official game