Big Code Games has signed a contract with the former Cricket Captain Mohammad Azharuddin to launch a 3D Cricket mobile game that will feature him as a protagonist player., he will feature as the central player.

The game provides three formats – One Day , T20 and Test . The game applies the rules and regulations based on the mode selected . In the mobile game ,Azharuddin will be a default player in each of the format of the game , whereas 10 other players can be selected by the user . 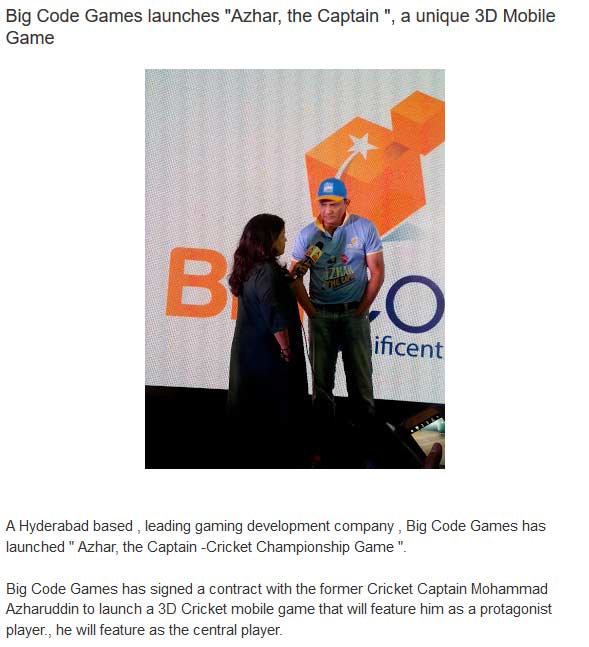